Of Road Trips and Reading

With my family clustered around the Mason-Dixon, and the soon to be in-laws in Georgia, holidays are always spent traveling. I’ve grown accustomed to long hours spent in cars. At this point, even the dog and cat are tolerant, well versed travelers. 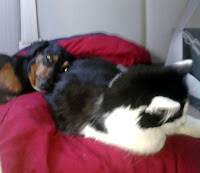 For me, the best thing about long car trips is the hours of unscheduled time when I’m allowed to indulge in one of my favorite hobbies without guilt. Of course I mean reading. What writer wasn’t first a reader? But, more often than not, I feel guilty when reading, like the time I spend reading should be put to outlining/writing/editing/revising my current writing project. Reading has become something of an elusive pleasure since I started writing professionally, one that I save for rewards and trips. This trip, I rewarded myself twice with a pair of books I thoroughly enjoyed. 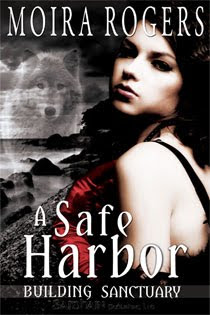 Synopsis:
During the bite of the Great Depression, sole female dominant Joan Fuller struggles against the rise of cruelty among her alpha counterparts. The men tolerate her interference--until she breaks from the pack and allies with a witch and a vampire. Now the Boston alpha intends to bring them all forcibly back into the fold--and teach her a lesson she may not survive.

Seamus Whelan and his werewolf bootleggers intend to retire from smuggling and savor their fortune, but first they must do a favor for an old friend: escort some female wolves to safety. An easy job, if their leader wasn't a prim ex-debutante with enough power to challenge Seamus himself. Chance makes them allies; powerful need makes them lovers.

Together, they have the opportunity to build a sanctuary for their kind, but first they must free themselves from Joan's past, and the powerful man who would see her destroyed. The second is a time travel romance set primarily in the old west, Desperado’s Gold by Linda Winstead Jones.

Synopsis:
When her Mustang Convertible's blown gasket leaves Catalina Lane stranded in the Arizona desert, all she hopes for is a tow truck to carry her to the nearest gas station. After being left alone at the altar, Catalina certainly doesn't expect to be swept off her feet any time soon. But when Desperado Jackson Cady whisks her away into the sunset and leads her back in time to the Old West, Catalina joins him for the ride. After all, this infamous gunslinger better known as "Kid Creede" never dreamed of a lovely 20th century lady falling into his hands. But the longer they're together the more she finds herself paralyzed by his dangerous touches, and he hungering for much more than what they have.

Both were fantastic, quick reads I highly recommend. Now back to the grindstone, until my next road trip when I can lower the TBR pile just a bit more.
Posted by Gretchen Stull at 12:03 AM