Do you love Supernatural? How about Taylor Swift? Parodies? All of the above?

Okay, so I wouldn't say I *love* Taylor Swift, but her music is damn catchy, and I do adore Supernatural and parodies, so this is officially my favorite thing of the week! Behold, The Hillywood Show presents "Supernatural".

And the fact that a good portion of the cast shows up to participate? Perfection! Not to mention the number of in-jokes referenced in the video. LOVE! 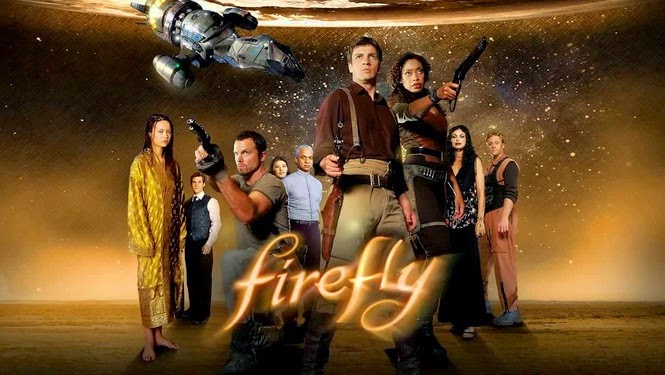 Posted by Gretchen Stull at 11:10 AM No comments:

Of Fifty Shades and Romanticizing Abuse

Several years ago, I wrote a blog post about 50 Shades of Grey and media shaming. I admitted then that I hadn't read the series, but defended the right of anyone else to read it, without shame or judgement. I stand by that post; I still think that any woman (or man, but the focus is on female readers) should be able to consume and enjoy any book they please without being judged for their reading preferences. However, I have read some of 50 Shades of Grey since then (I could not make it the whole way through), and that reading changed my perspective on the text itself. I still think anyone should be allowed to read it if they so choose. And, if you are someone who enjoys it, more power to you. I do not, however, think we should focus on 50 Shades of Grey as a romance, or Christian Grey as a hero, or the relationship between Grey and Ana as a romance, when it is anything but.

Don't believe 50 Shades of Grey is abusive? One woman has actually listed 50 examples of abuse directly from the text. You can read all 50 at her blog, The Rambling Curl. I can't sum it up any better than she already has.

What are your thoughts?
Posted by Gretchen Stull at 1:44 PM 3 comments:

Email ThisBlogThis!Share to TwitterShare to FacebookShare to Pinterest
Labels: CAPSLOCK RAGE, Gretchen Stull, Women are People Too, Yes All Women

Of Chuck Wendig and Meninism

My love of Chuck Wendig is no secret. Quotes like the following are the reason why:


Men who think they've been victimized by feminism are like burglars who sue the homeowners they were burgling because they stubbed their toe on a fucking coffee table.
-Chuck Wendig

Email ThisBlogThis!Share to TwitterShare to FacebookShare to Pinterest
Labels: Chuck Wendig, Gretchen Stull, Women are People Too, Yes All Women

Reblog: Growing Up Poor and the HEA

I love the Wonkomance blog for a number of reasons. It centers around the romance genre, but it's so much more than the typical author, reader, or reviewer blog (not that there is anything wrong with any of those typical blogs). If you want insightful commentary and content that really cuts to the heart of the sometimes hidden, sometimes ignored, sometimes overlooked aspects of romance and the romance genre, Wonkomance is the place to go.

Yesterday, authors Audra North and Charlotte Stein created a joint post titled Perspectives: Growing Up Poor and the HEA. Wow. Just wow. I'm used to high quality content from Wonkomance, but this particular post struck me dumb. I've written and deleted 3 different attempts to explain why I think this is such an important conversation, and just how beautifully I think they handled it, but ultimately my bumbling attempts at addressing the way this post made me feel adds nothing to the conversation. And so, I will simply say read this post. Just, read it.
Posted by Gretchen Stull at 2:12 AM 2 comments: